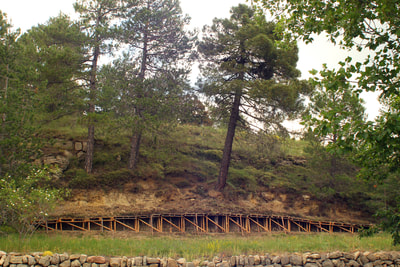 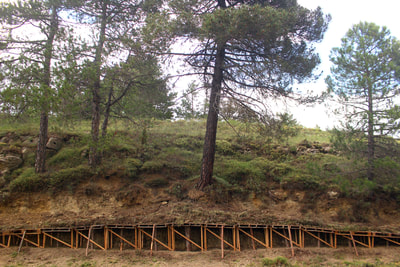 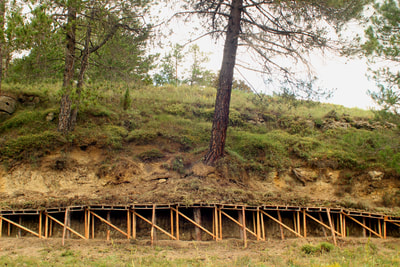 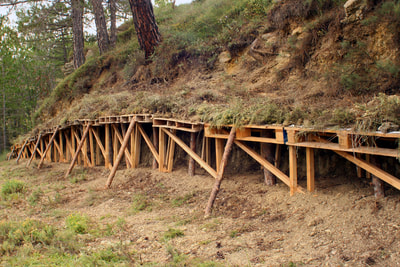 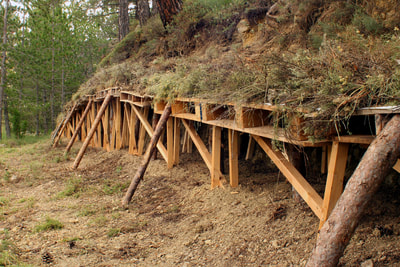 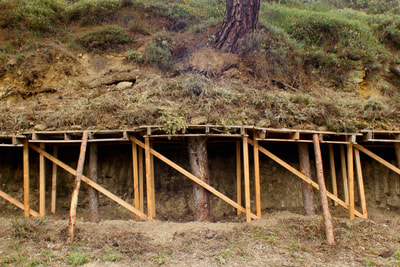 Untitled (Post-Anthropocene Architecture no.1) is part land art and part installation. Through manual labor and hand tools, the earth has been temporarily transplanted from its location. Meter by meter, the soil and flora of the site was removed, replaced by human construction, and then reintroduced on top of the construction. The installation breaks the homogeneity of the landscape to create a hybridized space which is both environment and architecture, establishing a symbiotic relationship is between nature and culture.

The project is ambitious in its scale and the effort exerted to produce it. Built into the hillside of the landscape of Penyagolosa's Natural Park, it affects how the environment is perceived. The primary function of the work is to exist as an engineered structure built as a collaborative effort with the environment, as that which has been initially constructed and then is able to grow under its own discretion; alternatively, the man-made architecture is a habitat for non-humans as an artificial cave to hide from the weather, other animals and people; when the work is viewed simply and representationally, it can be seen as a stitched wound in the land as well as a toothy grin, anthropomorphizing the landscape as an entity which is then easier to empathize with. The work might also appear as a bridge, mine shaft, bunker or any number of other man made structures dependent on the viewer and in relation to their personal histories. The structure utilizes the unique form of the local landscape in Penyagolosa's Natural Park as an asset to be worked with, preserving its basic shape while also modifying it.

As the new, recycled and natural materials used to construct the structure and support the weight of the landscape eventually decay, the hillside will consume the construction as the land resumes its approximate original location. The work attempts to search for ways in which difficult terrain can be used as a collaborator rather than an impedance, in order to develop a more symbiotic methodology for working with local environments and developing future constructions and technologies which are more sustainable in their attempt to break free from the Anthropocene.
Untitled (Post-Anthropocene Architecture no.1) was constructed during late-June/early-July 2018 for the Enclave II Land Art Residency in Vistabella del Maestrat, Spain. Other works produced during the 2-week long residency can be seen at the links below:
Powered by