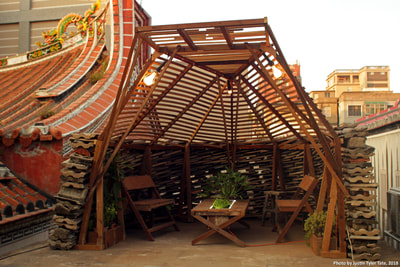 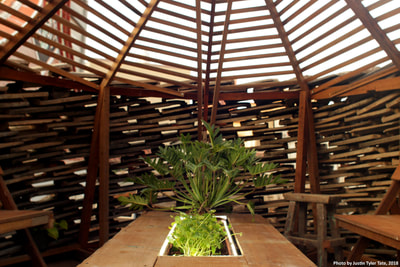 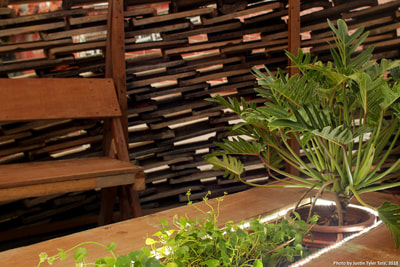 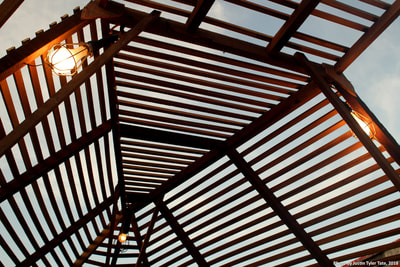 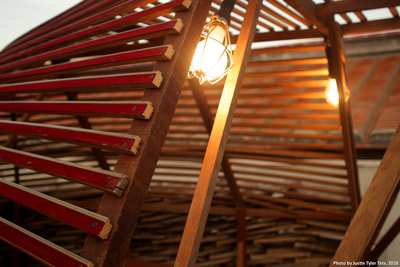 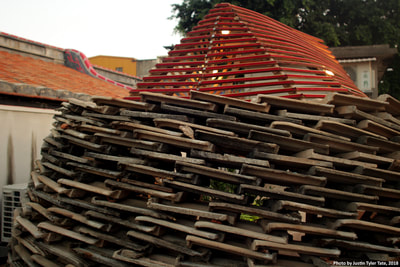 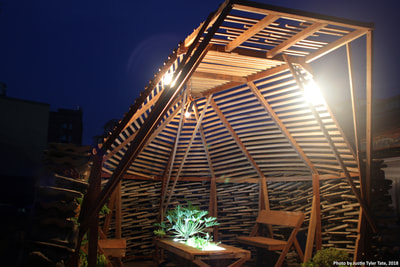 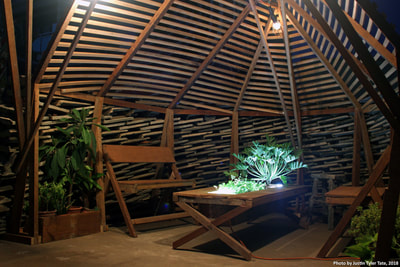 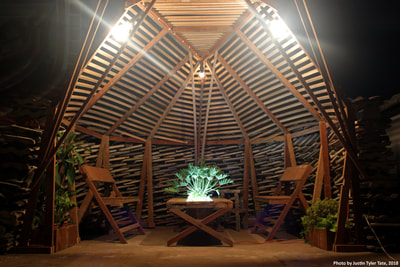 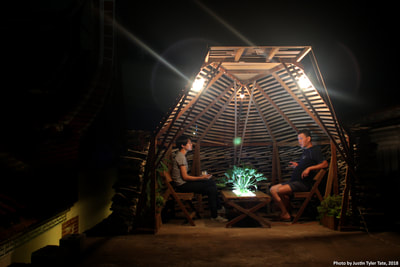 ‘Bunker’ is a project which seeks to incorporate an architectural style influenced by the Kinmen Island’s forsaken military infrastructure. The body of the work manifests a hybridized architectural, social, and environmental space through a laborious process of reanimating a disused place as well as the abandoned materials used to construct the installation. The work is built to contradict the properties of the existing architecture which make the space unusable while simultaneously enhancing the natural as well as artificial attributes of the site in order to create a habitable enclave.

Kinmen is pockmarked with leftovers from the military infrastructure which dominated the small island during the second half of the 20th century. In the demilitarization of the island, many of the inhabitants also moved away. The past two decades of transition have left abscesses in the architectural landscape where spaces decay because of lack of use, haunted with the spirits of their previous incarnation. ‘Bunker’ reinterprets the aesthetic and functional qualities of the military structures found on the island, in order to create a stylized version with social as well as functional purposes.

The installation is located on the rooftop of a tea-house, between touristy newly built buildings which have been made to look old and a Buddhist temple. The site was covered in rotten wood and old cement roof tiles, remnants of the island’s military history when cement was used because terracotta tiles could not be imported from China. The wood and some of the lights of the installation were salvaged from a nearby abandoned home, where they had been left to decay by the previous owners. The materials are reanimated and recontextualized through the construction of ‘Bunker’ while also setting an example for ecologically sustainable building practices.

The rooftop where the installation is built becomes desert-like in the mid-afternoon sun as the rooftop absorbs the heat and reflects the harsh light. Because of this, the properties of the existing architecture make the space unusable during much of the day. ‘Bunker’ counteracts these effects not only by creating a semi-shaded area but also by employing design which allows for a passive cooling of the space. The work is constructed using appropriated regional construction techniques to create a wall that allows the frequent wind’s of Kinmen to pass through the installation, cooling off users in the space. Additionally, a section of the wall has been purposefully omitted to allow an air conditioner unit, located on the adjacent building, to blow it’s exhaust air through the work’s structure. The cement tile wall construction is replicated in wood through the upper half of the structure to create a shade that diffuses the harsh sunlight of the space while still allowing total visibility.

‘Bunker’ is not identifiable by singular definitions such as sculpture, architecture or furniture but exists as a singularity where multiple definitions as well as spatial formats exist simultaneously. The work engages with the history of its materials, the local context of Kinmen Island as well as the site specific qualities of the installation’s location. It rebels against contemporary modes of architectural construction for being inefficient and unsustainable while also proposing that inventing new ways of utilizing old materials is an effective tool for creating ecological as well as functional spaces.
Bunker was designed and constructed by Justin Tyler Tate in Jincheng, Kinmen Island, Taiwan
​with support by RTM, Local Methodology and Houpu Tea Room
Powered by