Touch Me
7m x 8m x 5m / 5 hours
1000 hand-cut vinyl dots, 4 days and a megaphone.
In our day-to-day lives we’re scared to connect with those around us whom we do not know. Even among circles of like-minded individuals strangers rarely say “hello” out of courtesy and breaching someone’s physical space in the most innocuous of ways is often avoided. Studies have shown that a pat on the back, a caress of the arm, touching hands as you pass something to another are gestures which communicate compassion from one individual to another which, in the often touch deprived contemporary world, have become a necessity.

Touch Me was a large-scale painting installation, for Luminaria 2019 which transformed a complicated architectural space in Hemisfair into a playspace, by appropriating the well known childhood game of Twister with regular game sessions held to activate the installation for the duration of the contemporary arts festival. The work creates a situation where the art and the site are experienced through mass play and citizens are encouraged to have an intimate moment with the architecture, the urban landscape as well as other citizens; where individuals brush against each other or even rest upon another, creating moments of awkwardness and closeness between strangers and friends. Visitors were compelled to interact with the art and each other as the artist calls out which appendage they should place on what colored circle as a collective performative action and happening. The work sought to change the Hemisfair site and Luminaria 2019​ in terms of its aesthetic value, it’s functionality as well as its social dynamic.

Nonhuman primates spend approximately 10-20% of their time touching and grooming each other which has been shown to be more than routine cleaning, but largely as a way for societal bonding. Touch Me attempts to give utility to accidental contact while looking to alter the percentage of our time that we come into contact with one another. The lack of physical contact in cities in relation to the close proximity of strangers causes paranoia, depression, anxiety and general unhappiness in contemporary society. Touch Me is an installation which momentarily reverses this trend to give individuals the social permission to touch each other through play, compassion and aesthetics. 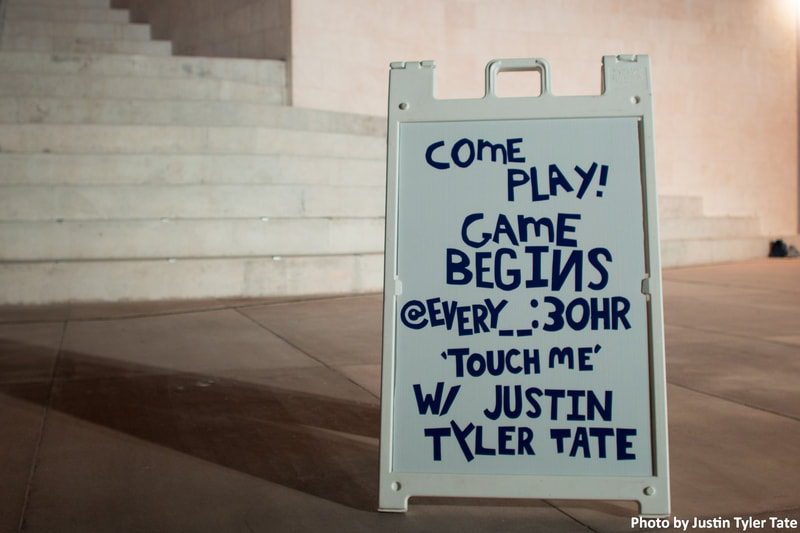 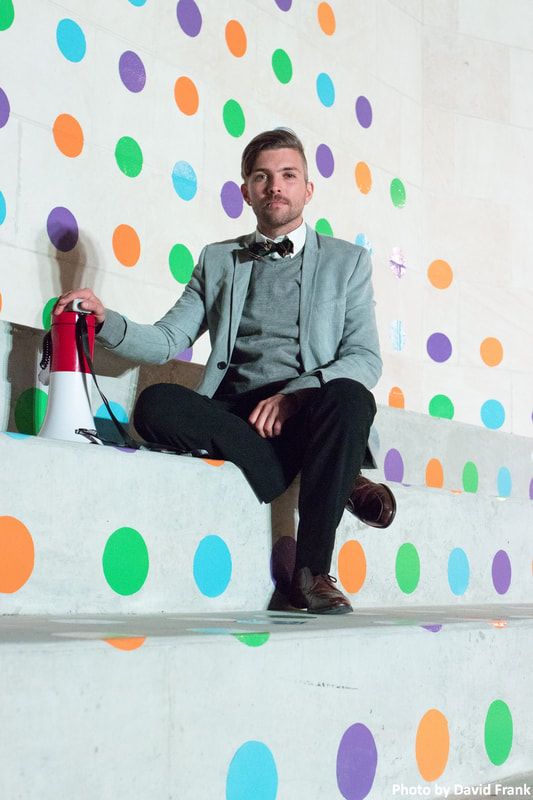 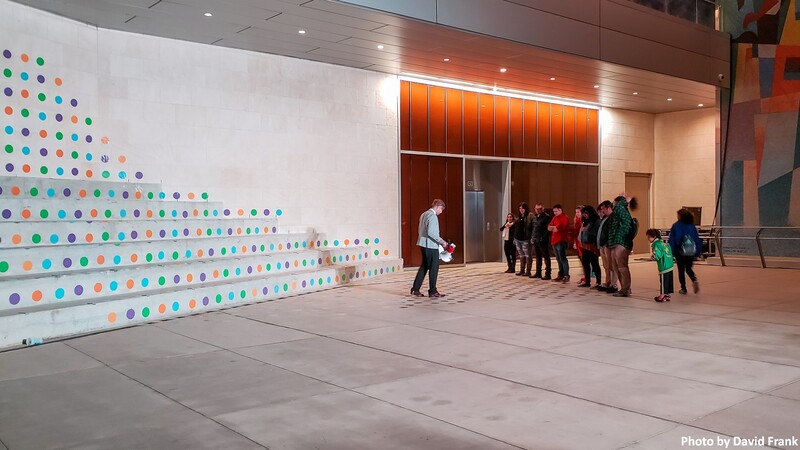 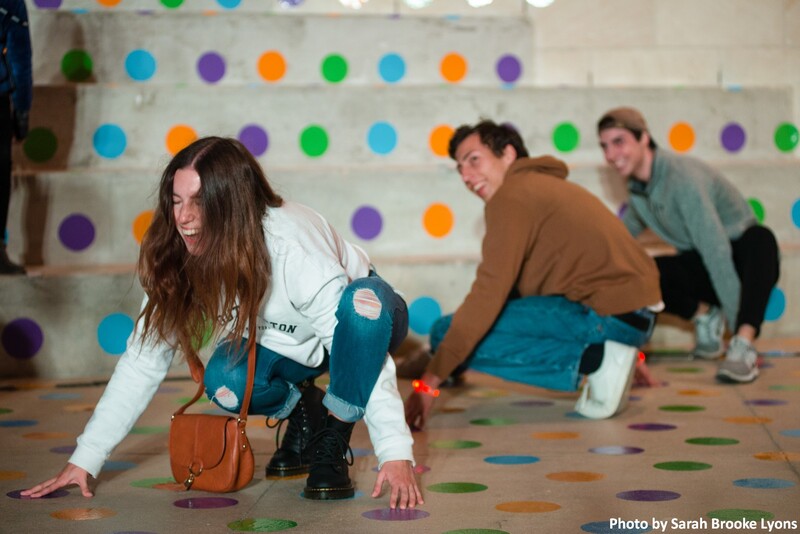 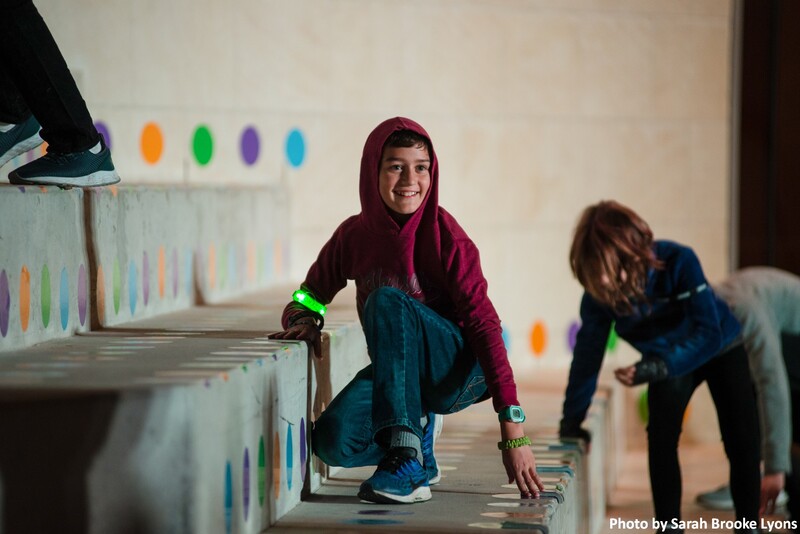 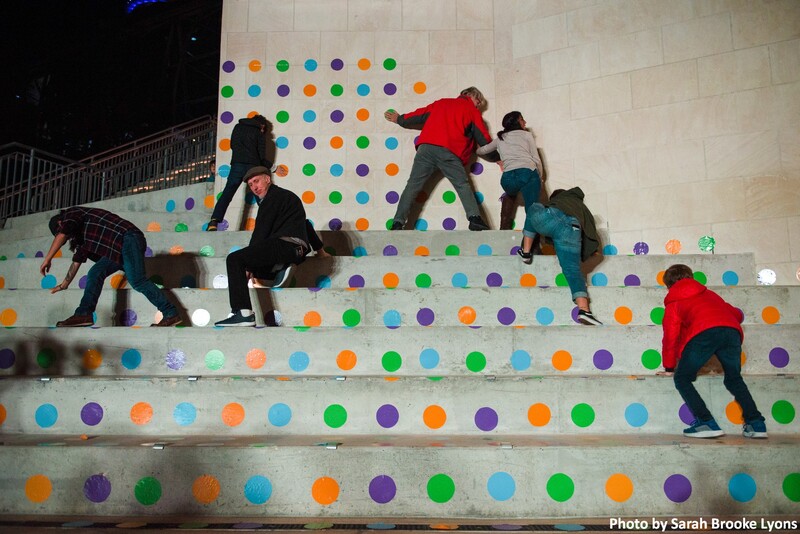 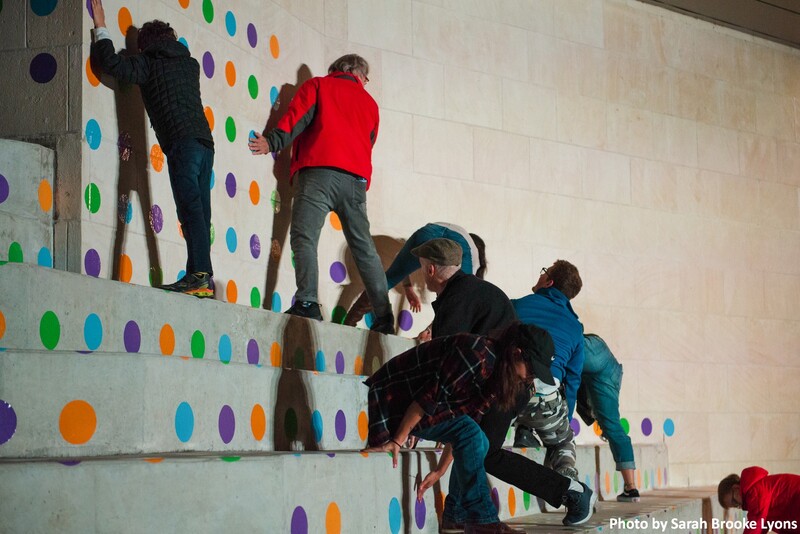 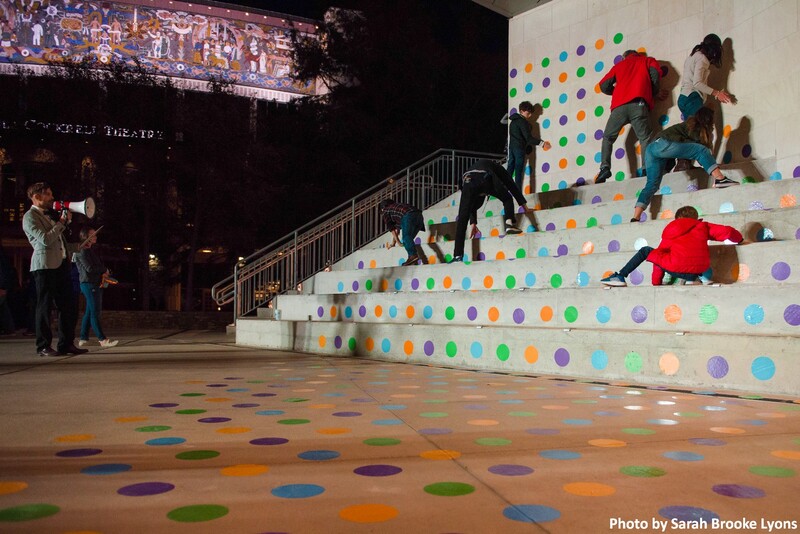 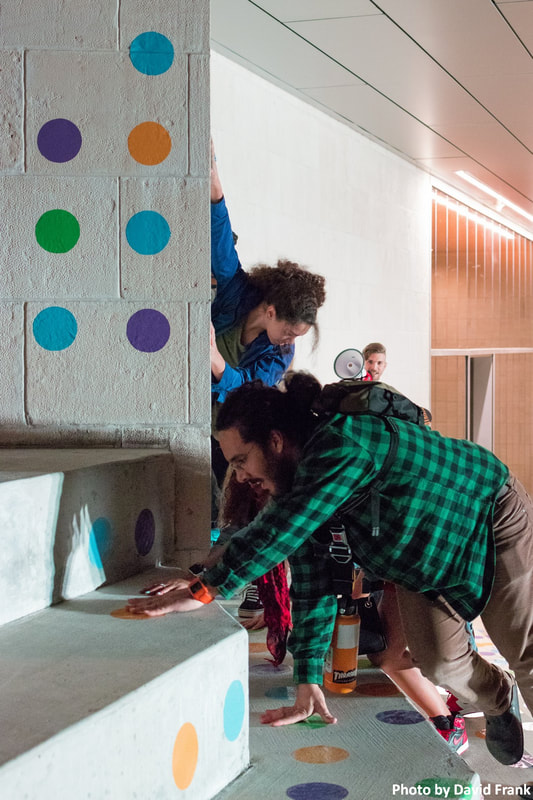 Photos above taken by David Frank or Sarah Brooke Lyons 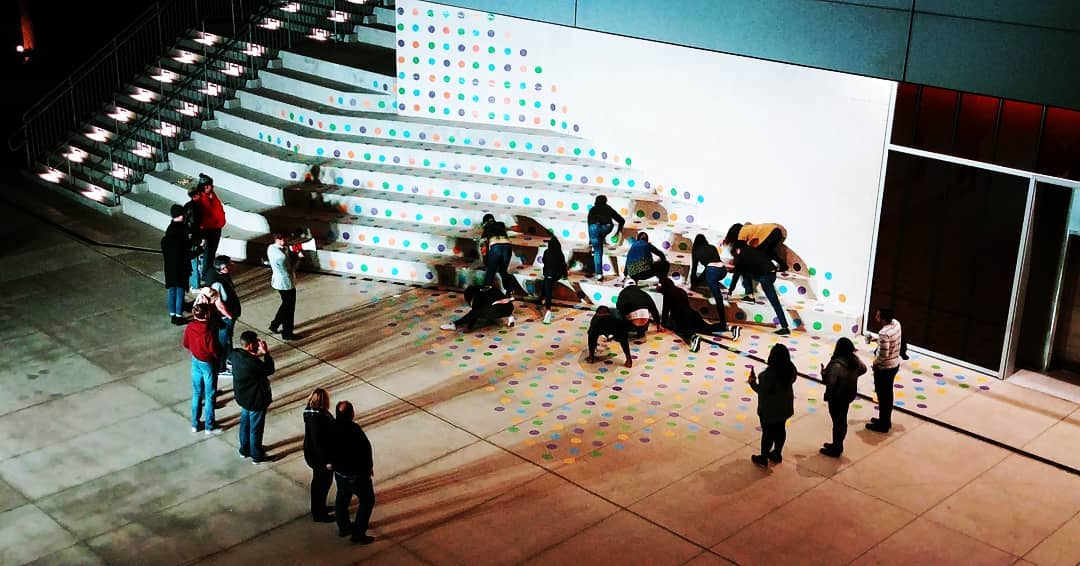 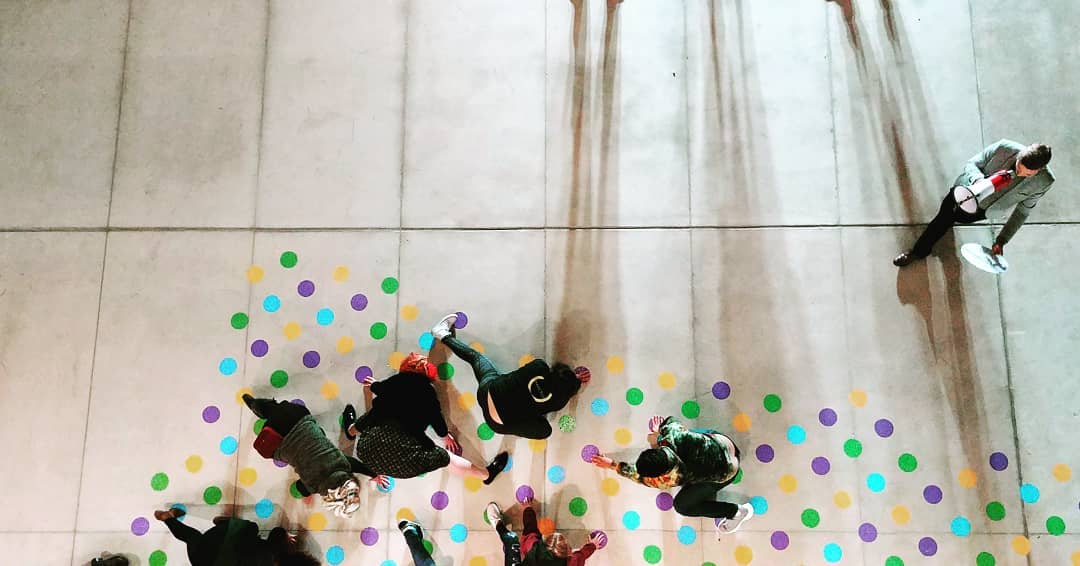 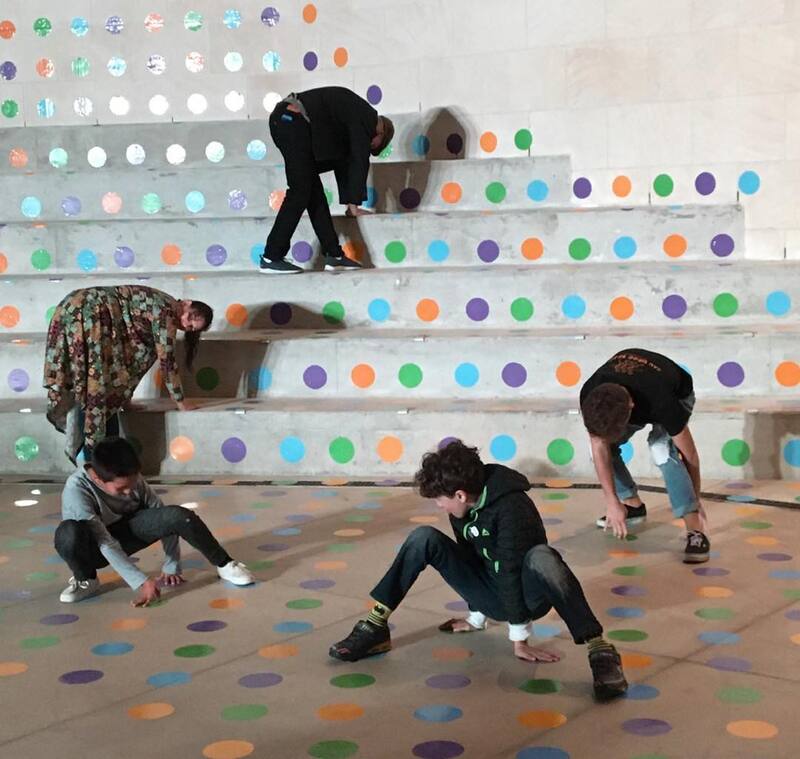 Photos above downloaded from Instagram
Touch Me was executed during Luminaria 2019 organized by the Luminaria Contemporary Arts Festival in San Antonio, Texas, USA on November 9th, 2019.
Powered by