The action painting workshop attempts attempts to give students personal insight into art production existing between the time of Jackson Pollock(1950s) and contemporary social/relational practices. The workshop split students into two teams, red and blue, to play a game where the goal is to get the most amount of paint on their canvas.

Rules of the workshop:
​Unlike Pollock attacking the canvas which was spread out in front the lone artist, like a boxing ring, the action painting workshop encourages a cooperative and competitive environment where the paintings exist as artifact and the event is the "art". The workshop took place at the Nakasatsunai High School for the Handicapped, with students participants, and was created for the Tokachi Artist in Residence program on 2014-10-01 and 2014-10-02.
Photos below are from 2014-10-01 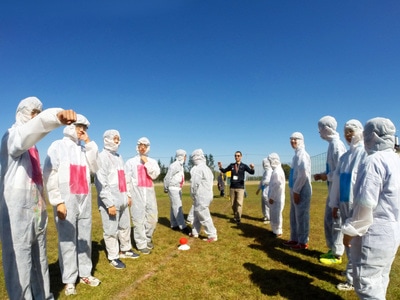 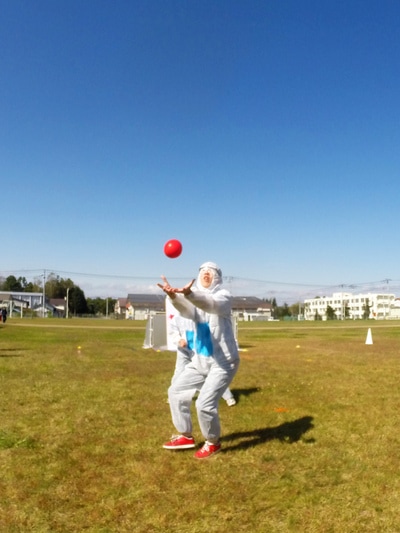 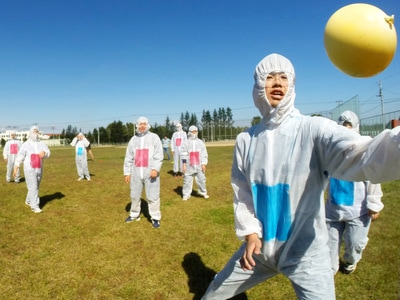 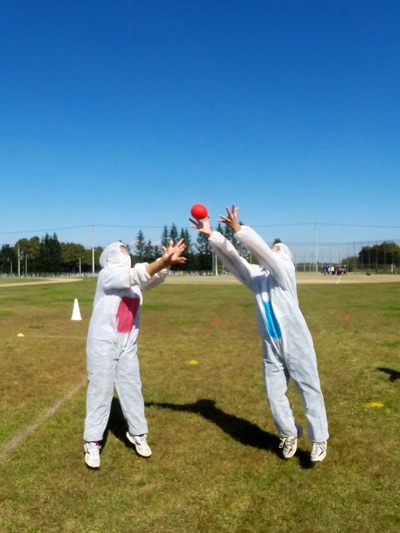 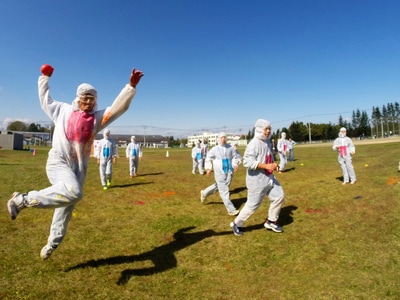 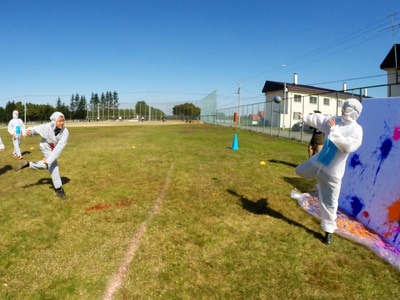 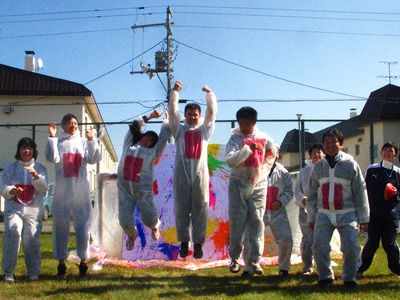 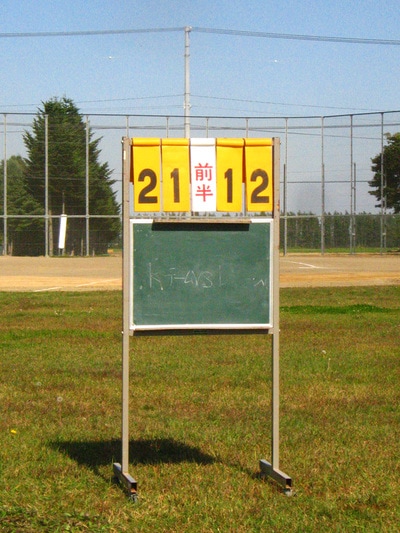 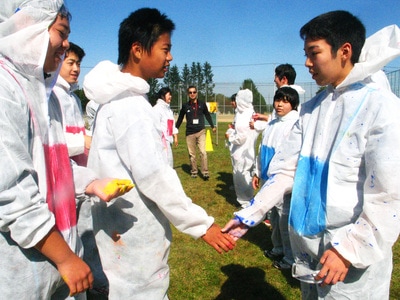 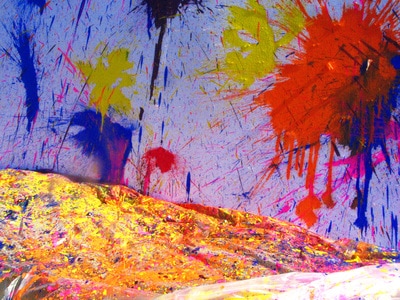 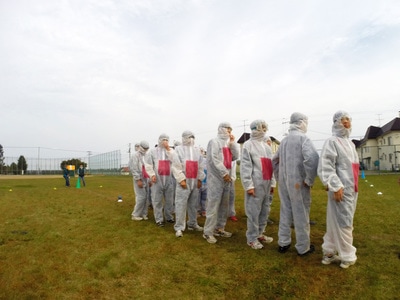 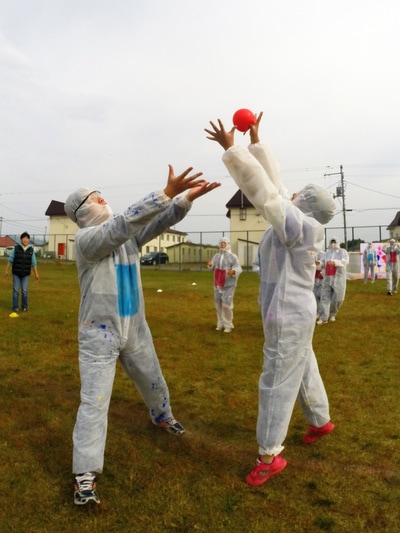 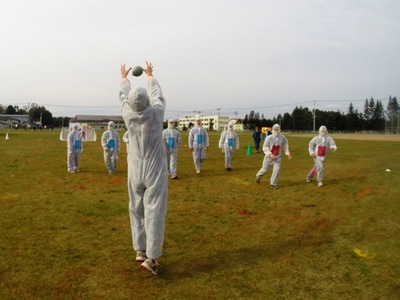 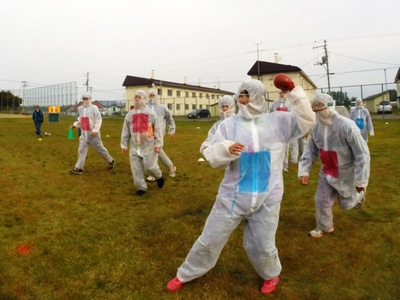 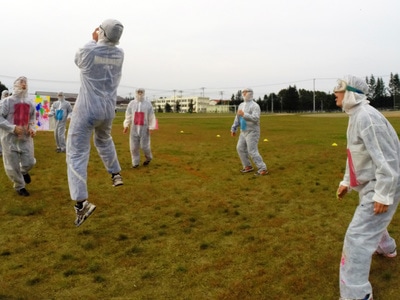 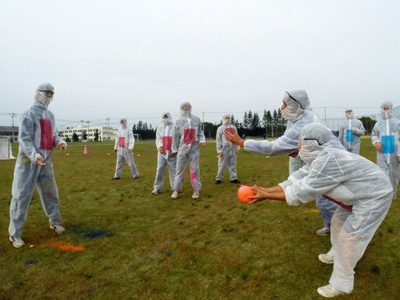 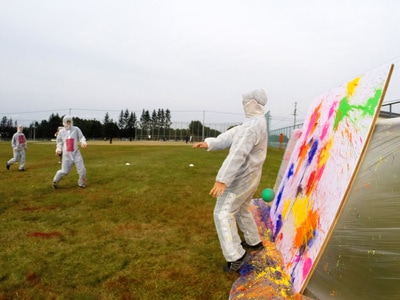 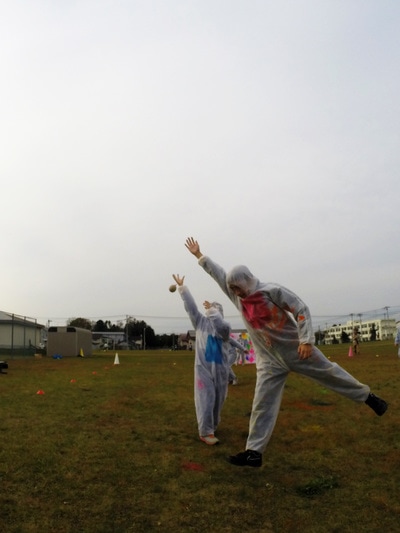 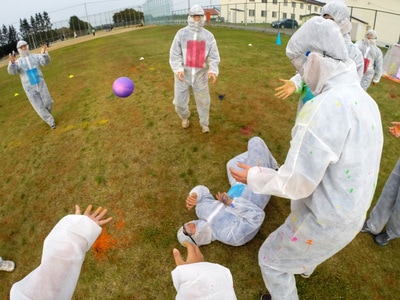 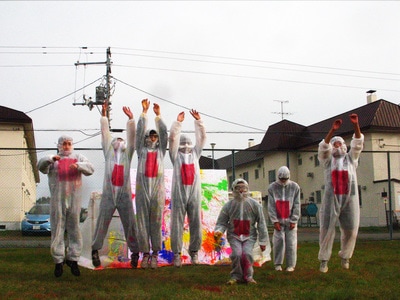 Back to Workshops
Powered by