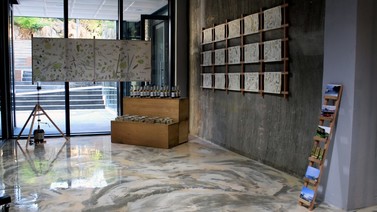 'Primrose Promises: Jeju' installation view. 2017
The significance of Jeju Island’s nature  can be overwhelming as features, which have taken the past two-million years of volcanic turmoil as well as tranquility, have worked to create a unique island with its own specific biodiversity, endemic species, and geologic features. Primrose Promises: Jeju attempts to reformat that specific environment into consumable objects so that locals and tourists alike can observe the landscape by integrating its chemistry into their own.

The project presents an in depth exploration of the island through a survey of biological and geological entities (lava rock, plant clippings, found objects) which have been taken from 15 locations scattered around Jeju Island. Samples are transformed into bars of soap and alcoholic tinctures in order to create consumable, ephemeral, experiential, non-traditional art objects which communicate non-visual experiences. Samples are also drawn, using their own pigments to accurately represent the collection as a visual recipe for the soaps/tinctures in addition to being a deconstructed representation of the landscape. Elements sampled from the environment present a map of the island’s physical geography, its biodiversity as well as its history. The culmination of this process allows individuals to perceive the essence of Jeju through their secondary senses of smell, taste and touch. Perception of place becomes more than just the way it looks and sounds to a person but becomes something that is able to permeate their body. By drinking, smelling and touching the chemical essence of Jeju Island's landscape, individuals allow themselves to be physically changed by that landscape.

In distilling the taste and scents of the landscape, we are creating a chemical fingerprint completely unique to Jeju Island’s environment. Primrose Promises: Jeju engages conservation, landscape and art in unconventional ways so that viewers can gain a new sensory awareness of their local geography as well as their place in it.
Press the buttons below to view descriptions for and documentation from each of the workshops:
*Click on the thumbnails above to see an enlarged image of each drawing.
​*Click on the images below to open each postcard's audio file: 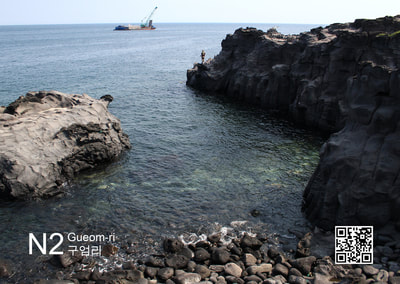 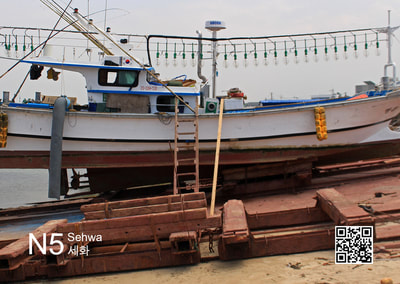 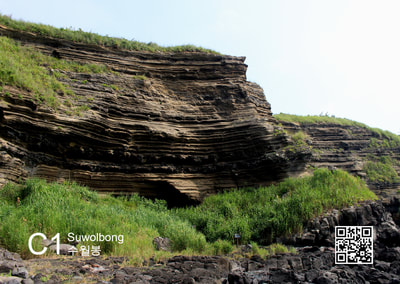 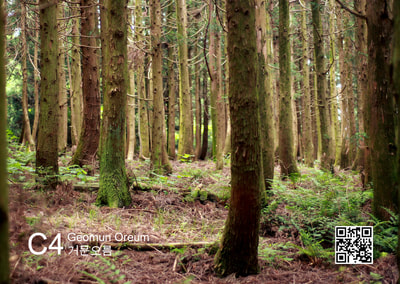 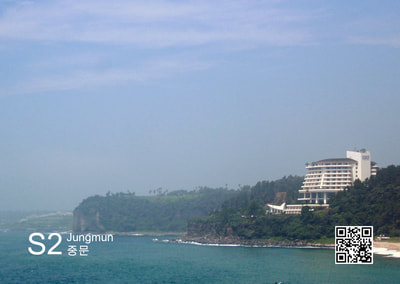 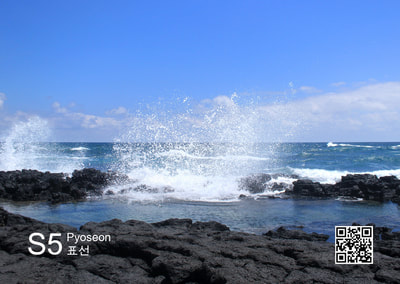 Each postcard is printed in a numbered edition of 20.
Back to Primrose Promises
﻿Primrose Promises: Jeju  has been generously supported by the JEJU Culture and Art Foundation during the 2017 Artist in Residence programme, produced at Artspace IAa ​and will be exhibited at the Jeju Biennnale 2017.
Powered by